Long-term readers know that when we renovated our house last year I had the garage wired for electric car chargers. Well, my old Sequoia finally broke down (RIP) so we bit the bullet and got one. It is super fun to drive and the acceleration is unreal. The need came up all of a sudden at kind of a bad time for us cash flow wise (big tax payments coming), so we had to get a little bit creative. 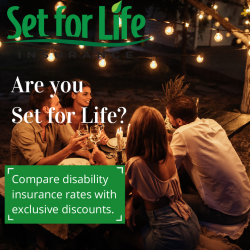 The first thing we considered was just taking out a loan from the whole life policy we bought as part of our estate planning process we’re doing this year. We’re real believers in banking on ourselves but we just didn’t have enough cash value in there to cover the entire price of a Dual Motor Model S with Autopilot, the model I wanted. So we had to get a little creative.

This was all going on at the same time as all the excitement with my last post on Bitcoin. I figured all the HODL (hold on for dear life) zealots would keep a floor under the price of a Bitcoin so I opened up a RobinHood account (super easy to buy and sell options and cryptocurrency) and bought a couple of Bitcoins (and a little $Doge just for fun) at a slight dip a few weeks ago. Sure enough, BTC came roaring back (and Dogecoin really took off, should have bought more of that).

Then the whole Wall Street Bets thing hit the news. It was sure fun to watch, but by the time GME hit $300/share (remember it was trading at $3/share a year ago) and AMC started pushing $20 a share it became pretty obvious how this was all going to end. I didn’t know exactly when it would end, but I knew how it would end. So I decided to short them both.

Unfortunately, it turns out that you can’t short stocks at RobinHood. I did buy a few puts on those two stocks there but had to go back to Vanguard to actually short them. My new Vanguard margin account was approved surprisingly quickly. I wanted to do the same with Ethereum while the Redditors were pumping it, but the only way I could figure out to do it was to short the ETF Grayscale Ethereum Trust (ETH), so I did that. 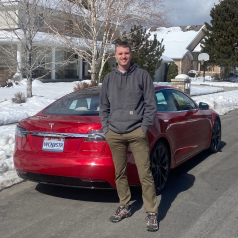 The license plate is a nice touch, right?

While I was waiting for GME, AMC, and ETH to drop in value, I thought it would be pretty cool to actually pay for my new Tesla with Tesla stock. Elon Musk was in the news almost every day (don’t think I didn’t appreciate him buying $1.5 Billion in BTC at just the right time for me) so I figured Tesla wasn’t going to crash any time soon. Besides, I had this new margin account. So not only did I buy a hundred shares of Tesla, but I bought it at 50% margin!

Well, a few weeks later GME, AMC, and ETH were all down, BTC, DOGE, and Tesla were all up and it was time to get that Tesla. I cashed it all out. Thankfully I had a lot of tax loss harvesting losses I had carried over from the pandemic-related crash so there were no capital gains taxes to pay and we went down to the local Tesla dealership to order one. It turns out some other guy wanted out of his order because he had lost a lot of money in some hedge fund debacle, so I was able to assume his order. In less than a week, my new Tesla S was carrying me and my snowboard through a storm to ride 12 inches of fresh powder!

Some of my neighbors are giving me a bit of a hard time about it, but I usually just ask them why they hate the planet so much and they back off. Honestly though, I didn’t buy it for the environment. I just really admire the company, the technology, its founder, and frankly, I’m a car guy. So a lot of it is just a consumption item for me. I bought it because it’s fun to drive and because I could afford it. I hope you get the chance to drive one too. 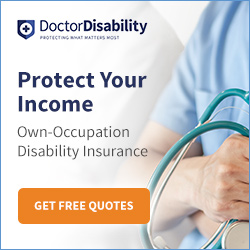 What do you think? Do you drive a Tesla? Why or why not? (i.e. What do you love about it or why do you hate dolphins so much?) Did you short GME or AMC when it was obvious to do so? What have you done with your Bitcoin profits this year? How are you “celebrating” April 1st? Comment below!

Why Getting a Dividend Should Not Be Exciting