Are You Moving Toward or Away from Financial Independence?

Most financially astute physicians have a goal of becoming financially independent at some point in their lives.

What Is Financial Independence?

Financial independence can be defined as having enough income that you can pay for your expenses for the rest of your life without ever needing to “work” again for money. The financially independent may still continue to work, but would be able to live and support their family off of savings and completely passive income sources.

The formula for financial independence is relatively simple:

You take how much you spend on a yearly basis, subtract the amount of guaranteed income you have, and then multiply the rest by about 25 (since the 4% rule of thumb suggests you can spend about 4% of your portfolio each year and expect it to last indefinitely). If your portfolio is larger than 25 times the difference between your spending and your guaranteed income, congratulations, you are financially independent!

3 Situations That Move Us Away from Financial Independence

The first is rather obvious—when the size of our portfolio falls. This may be due to spending a bunch of it, but may also be due to market losses, divorce, inflation, confiscation (government or a creditor), or devastation. If your portfolio was $1 million last year, and it is now $500,000, you are probably further from financial independence than you were a year ago.

The second situation is where something happens to your guaranteed income. Obviously, some guarantees are stronger than others. Your Social Security or pension income could go down with the death of a spouse. Income from an annuity could decrease in the event of an insurance company going under, although that may be backed up to some degree by a state guaranty association. Income sources that you thought were guaranteed but really aren’t, like real estate rents, can also fluctuate significantly. Like with a decrease in portfolio size, this situation is also generally readily apparent.

However, the third situation in which we become less financially independent is far more insidious. This occurs when our spending goes up due to lifestyle creep. It is a rare physician that hasn’t experienced lifestyle creep at some point in their life, most notably upon leaving residency when most new graduates succumb to a lifestyle explosion as their income quadruples. However, even a careful physician, who lives like a resident for two to five years after residency in order to stabilize the rest of their financial life, can still be caught out unknowingly later in their career. What most don’t realize is that even a millionaire’s portfolio cannot keep up with even a moderate rate of lifestyle creep.

Consider a physician with a $2 million portfolio and no guaranteed income. She is spending $10,000 per month or $120,000 per year. Financial independence for this doctor is therefore a number of approximately $3 million and the gap between what she has and what she needs is $1 million. Let’s assume that her portfolio made 6% this year ($120,000) and that she added another $100,000 in new savings. At the end of the year, her portfolio would be worth $2,220,000. Surely she would be closer to financial independence than she was a year ago, right? Not so fast.

However, if the increase in spending is a one-time increase, then she has merely delayed the date at which she reaches financial independence (from four years to six years), not put it off forever. Obviously, the math also works in reverse. If you can cut spending (such as by paying off your mortgage) you can shorten the time to financial independence.

The other consideration when increasing spending, of course, is whether the purchase is a “one-time” purchase, or an ongoing expense. For our example physician, spending $10,000 on a very nice trip to Europe would have very little effect on the financial independence date, unless it becomes an annual event. However, too many high-income professionals mistake an expensive one-time purchase for what is actually a habit of purchasing something expensive every year. It might be a boat one year, a new car another year, and a major home remodel the third year. It might feel like these are all one-time events, but in reality, it is a new, higher level of spending that will, at a minimum, delay financial independence significantly.

So what is the solution for a doctor who wants to enjoy all that life has to offer but also wishes to reach financial independence well before the traditional retirement age? Like with most of your financial life, the solution is multi-factorial.

How to Achieve Financial Independence AND Enjoy Life

While becoming financially independent is no small feat, consider these five factors to make financial independence easier and enjoy life in the meantime.

Getting a big chunk of your nest egg in place relatively early in your career not only gets you in the habit of saving, but the growth on that portfolio also decreases the effect of later lifestyle inflation on the financial independence date.

#2  Put Your Money Where Your Values Are 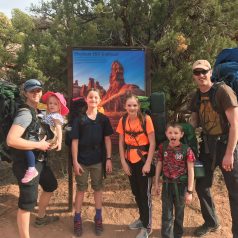 What I care about most

As a doctor, you have enough income to do anything you want, but not everything you want. You cannot spend nearly as much of your high income as you imagine due to the progressive tax structure, usual student loan burden, and high savings rate required to maintain your lifestyle in retirement. Prioritize what matters most to you and follow a written spending plan of some type to ensure you’re spending on what you care most about. If you don’t have a plan yet, we have an online course specifically designed to help you cheaply and quickly get one in place.

Fixed expenses generally have a greater effect on your financial independence date than variable expenses, so minimize them as much as possible. You can do so by purchasing a smaller house, having a larger down payment, using a 15-year mortgage, paying off your student loans rapidly, living close to your place of employment, and purchasing with cash whenever possible (which should be almost always as a high income professional).

#4  Use Extreme Caution When Increasing Spending

When you do decide to spend more, approach this decision with the serious caution it deserves. Weigh the joy you will get from the spending with the increased amount of time (and possibly work) required to reach financial independence. Honestly assess whether the increased spending is a one-time purchase or an ongoing commitment. Also consider whether a one-time purchase will increase your fixed expenses (insurance and maintenance for items such as a second home, an expensive auto, or a recreational vehicle).

#5 Protect Your Portfolio and Guaranteed Income

Invest in a reasonable manner, purchase appropriate insurance against financial catastrophes, and prioritize your marriage. Consider increasing your guaranteed income through the purchase of Single Premium Immediate Annuities (SPIAs), but keep annuity amounts below the state guaranty association limits.

Financial independence can be a moving target, particularly for those who inadvertently increase their ongoing spending commitments. Following these tips will help you to enjoy as much of your high income as you reasonably can without committing you to stay in the “rat race” any longer than you wish.

What do you think? Are you moving toward or away from financial independence? When was the last time you moved away? Why was that? Have you ever monitored this? Comment below!

[Editor’s Note: This post was originally published as one of my monthly columns in MDMagazine.]

The post Are You Moving Toward or Away from Financial Independence? appeared first on The White Coat Investor – Investing & Personal Finance for Doctors.

The FIRE Movement: How to Reach Financial Independence and Retire Early

How to Find and Learn from Financial Mentors