[Editor’s Note: It’s the final day of our WCI 10-year anniversary celebration! To enter today’s contest, watch today’s Milestones to Millionaire video posted on Youtube, subscribe to the WCI Youtube channel, and leave a comment on that video to enter to win one of three WCI T-shirts. Tune in tomorrow to the blog to see if you are a winner! You can find all of the giveaways this week (t-shirts, books, stickers, Yeti tumblers, etc.) on sale for 10% off through Midnight tonight (MST) at the WCI Store.]

I’m not a big fan of taxing the wealthy, but mostly just because I have a huge conflict of interest, being one of the wealthy and all. However, progressive thinkers and politicians have been throwing around the idea of a “wealth tax” lately, which is actually a stupid idea.

So, is a wealth tax fair? It’s not that the idea of taxing the most well-to-do of us is necessarily a bad idea, it’s that taxing their wealth is a bad way to tax them. It would simply be incredibly difficult to do well in any sort of a fair way. Even Janet Yellen has said it would “have very difficult implementation problems”. That’s the understatement of the year.

Would a Wealth Tax Work?

Imagine having to assess the value of everything you own every year. Your clothing, your cars, your art, your house, your toys, your privately held businesses, your real estate investments, your practice, etc. The cost and compliance hassle would be through the roof. In order to reduce that hassle, some assets would necessarily have to not count toward your wealth.

One proposal I heard was to let the owner declare the value of the asset and if the IRS doesn’t agree with your value, the IRS can buy it! Holy smokes that would be a crazy gamble to make every time you file your taxes, especially since there might be a year or more between the time you declare the value and when the IRS gets around to looking at it.

This doesn’t even address the liquidity issues. Imagine you own $80 million worth of farms but only have $6 million in liquid investments. If your wealth tax is $2 million a year, you’re forced to sell your liquid investments and pay capital gains taxes on them. Within 3 years, you’re out of liquid investments and now you have to start selling off acreage just to pay the taxes. Maybe that farmland doesn’t produce much income, perhaps only $3 million a year. So you’re paying a million in income taxes and another couple of million in wealth taxes every year out of that. It just doesn’t work for long.

Is a Wealth Tax Constitutional?

In addition, many people think a wealth tax is not constitutional because it is a direct tax. Per Pollock v. Farmers Loan and Trust Company, an 1895 Supreme Court case, a wealth tax would be a direct tax, which must be apportioned among the states or it would not be constitutionally valid. That is, if California is 10% of the population, only 10% of the tax can be paid by Californians. Given the wealth differences between California and Oklahoma, there’s no way to do this without a constitutional amendment (like the one they needed to implement the income tax). As you’ll recall, a constitutional amendment requires 75% of states to sign off on it. That doesn’t seem very likely in today’s political environment and certainly won’t happen any time soon. 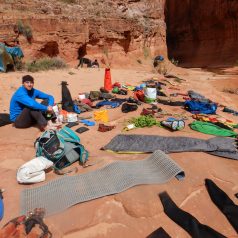 Assessing this stuff every year? Not a good idea.

# 1 Raising Income Taxes on the Rich

Yes, many of the very wealthy don’t have a lot of taxable income. Yes, this would also capture a lot of high-income, low-net-worth people like doctors. (Did I mention I’m not a fan of this plan?) But the wealthy, on average, tend to have much more income than those who are not wealthy. Raising ordinary income tax rates will certainly result in the rich paying more taxes.

What to Do If the Top Income Brackets Are Increased

Lots of options here. First, you can work less. That might keep any of your income from being taxed at those high rates. If the law passes, it usually isn’t retroactive either. So you might want to do Roth conversions while rates are still low. Of course, the year it passes you would want to accelerate income and delay deductions to the next year. You would also look more preferentially at tax-protected methods of investing ranging from retirement accounts to insurance-based products like annuities or life insurance. Muni bonds also become even more attractive.

This won’t do much to the wealthy while they’re alive, but it will certainly keep the next generation from being anywhere near as wealthy. Under 2021 law, $11.7 million ($23.4M married) can be excluded from federal estate tax. After that, it pretty rapidly climbs to a 40% estate tax. There are lots of little tricks you can do to try to minimize this, but when you’re really wealthy, your estate is still going to pay a lot of money. This is one of the better ideas (and only requires you to value assets once a lifetime rather than every year), but still requires a lot of time to have much effect on wealth disparity. You could supercharge it, too, by not only lowering the exemption but by raising the rates. Want to really encourage spending and charitable giving and reduce generational wealth? Increase that estate tax rate to 100%!

What to Do If the Estate Tax Exemption Is Lowered

The estate planning attorneys would love for this to happen. All of a sudden they would have three times as many clients. Here’s where irrevocable trusts, family limited partnerships, charitable trusts, and complicated gifting strategies come into play. Again, Roth conversions make a lot of sense. You might also want to step up your charitable giving, both during your life and at death. You may find it much more attractive to leave 100% of your money (at least the amount above the exemption) to your favorite charity than 60% to your heirs and 40% to the taxman.

In 2021, you only pay Social Security tax on the first $142,700 in earned income. By eliminating that ceiling, you would essentially be raising taxes on high earners by 12.4% (okay, maybe slightly less since half of that is deductible). The downside to this plan is the same as raising the top income brackets—you’re really nailing the high-income, low-net-worth folks like doctors.

If ever there were an incentive to apply the methods of FIRE (Financial Independence, Retire Early), this might be it. Social Security applies only to earned income, so the faster you are living on something that isn’t earned the better. S Corps would also become significantly more attractive (since part of the income is an “unearned” distribution) and most doctors would restructure their businesses to be S Corps.

One man’s loophole is another man’s deduction, but there is at least one tax break that is pretty much only taken by the wealthy–carried interest. It has shown up on the radar of politicians of both political parties, although it still exists as a way for financially sophisticated folks like hedge fund managers to be paid for their labors with capital gains instead of earned income.

There are other tax breaks that primarily benefit the wealthy, like bonus depreciation on real estate investments, 1031 exchanges, and the step-up in basis at death that could be closed. The step-up in basis, in particular, is good tax policy in my opinion. Imagine having to try to figure out grandpa’s basis on his house or stock portfolio from 65 years ago while mourning his death. What a nightmare that would be for the heirs.

What to Do If Loopholes Are Closed

Not much you can do if carried interest goes away and it matters to you, but if 1031 exchanges and depreciation are outlawed, you might just sit on your property instead of exchanging it. If the step-up in basis goes away, you would also be more likely to sell low basis investments if the taxes are going to be paid anyway, especially if you have an estate tax problem. Better to pass on fully taxed assets with that limited exemption.

A more aggressive proposal would be to eliminate capital gains brackets and qualified dividend brackets altogether. This would keep the wealthy living off their investments from enjoying lower overall tax rates than their secretaries. However, there are two valid reasons for lower investment taxes. The first, which applies both to capital gains and qualified dividends, is to encourage long-term investment. People respond to incentives. When you tax something, they do less of it. When you subsidize something, they do more of it. Tax investments, and people will invest less.

What to Do If Capital Gains Brackets Are Eliminated

If ever there were a case for tax-gain harvesting, this would be it. Update the basis on all your investments before the law goes into effect. You will also want to take more advantage of tax-protected accounts like 401(k)s, Roth IRAs, HSAs, 529s, ABLE accounts, and defined benefit plans. Cash value life insurance and annuities start looking a lot more attractive too.

Think of a Value Added Tax (VAT) as a nationwide sales tax. If taxing income causes people to work and earn less, then taxing purchases causes people to spend less and save more. So there have been many proposals over the years (often called the “Fair Tax”) to replace the income tax with a VAT. Since the wealthy tend to spend more than those with less money, they would pay more VAT tax. The rates on “luxuries” could even be set higher than on more mundane purchases like groceries, although that starts getting pretty complicated quickly. This would be a radical, difficult to implement change and nobody really knows how you go from here to there. But adding it on as a new tax would be significantly easier.

What to Do If There Is a Value Added Tax

Spend less. The less you spend, the less you pay in taxes. What do you do with all that extra money? Well, you could give it to charity or use it to pay any additional estate taxes due. 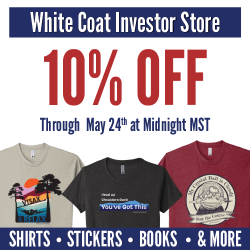 While a wealth tax is a dumb idea, there are some legitimate options to raise taxes on the wealthy. Unfortunately, most of them also affect the high-earning professionals that make up the audience of this blog. Be prepared to make some adjustments in your tax strategy should any of these proposals actually become law. However, since most proposals never go anywhere, I recommend you wait until they actually do before making any significant changes to your financial or estate plan, especially permanent or expensive ones.

What do you think? What is the most likely way to raise taxes on the wealthy? Which of the above proposals would most disrupt your financial plan? Comment below!

The post 6 Ways to Tax the Rich That Are Better Than a Wealth Tax appeared first on The White Coat Investor – Investing & Personal Finance for Doctors.

What Are ARK Funds? Should You Buy an ARK ETF?